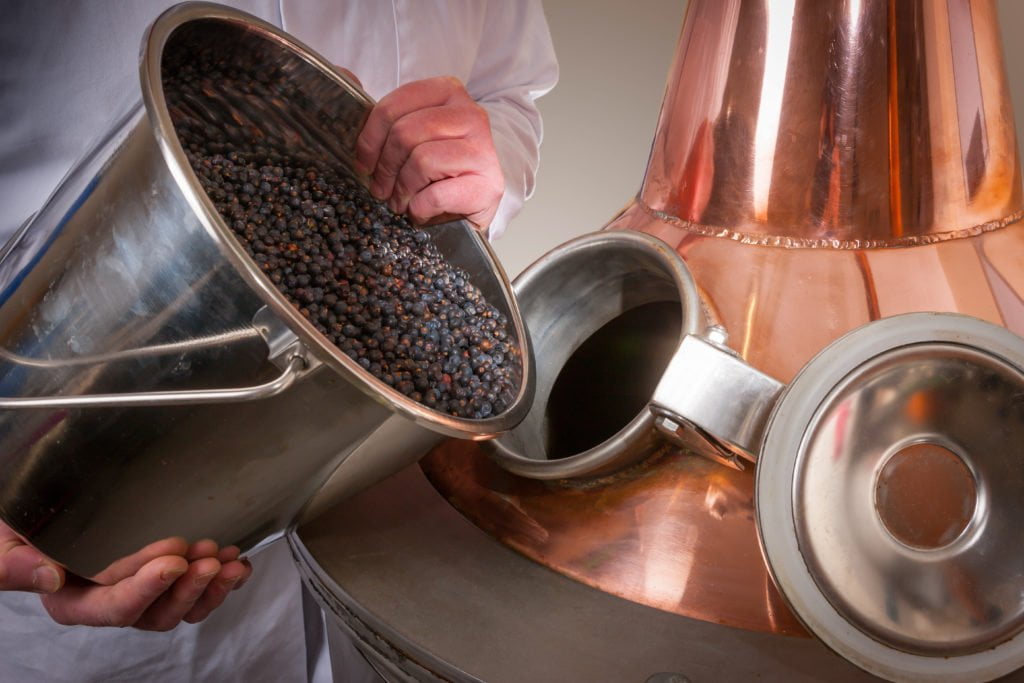 Gin has been growing in popularity in the last few years. From new gin bars popping up around towns and cities, various new brands of gin making their way into supermarkets and pubs everywhere, and even festivals dedicated to the drink, it has been hard to miss. It seems that gin has also found its way into research laboratories where scientists are using Gas Chromatography to identify flavour.

Scientists from Heriot-Watt University, in Edinburgh, have recently carried out a study to compare the various methods used by distillers to infuse gin with its distinctive flavours. Published in the Journal of the American Society of Brewing Chemists, the Gas Chromatography-Mass Spectrometry (GC-MS) research compared the flavour of vapour infused and steep infused gin distillates.

So many flavours of gin – what do they have in common?

There are many different types of gin, some governed by regulations, some aged in specially matured oak barrels, and many others. But, one thing which all gins have in common is the infusion method of juniper berries in distillation. It is the aroma of juniper which creates the signature flavours of the drink – making gin ‘gin’.

Did you know? The country with the biggest consumption of juniper per capita is the Philippines – who get through 25 million cases of gin annually!

What methods are used to distil gin?

Gin begins its life as a neutral spirit – often made from grain which is essentially ethanol. Flavours are added using a distillation processes to extract the flavour from the juniper and botanicals which give each gin its particular flavour.

Distillation is a purification method which is used in many different chemical and pharmaceutical industries to separate liquids. It involves heating a liquid until it starts to vaporize. The vapour is then condensed and collected, leaving behind any unwanted remnants.

The two main methods used by distillers to add flavour to gin are:

Gas Chromatography and gin – what did the study show?

Using GC-MS, the researchers at Heriot-Watt University analysed the concentrations of 10 terpene flavour compounds in two laboratory distilled gins and six commercial gins. This study investigated whether any differences can be found between the gins using gas chromatography.

In their comparison between the two different distillation techniques, the research team found that 9, out of the 10 terpene compounds analysed, were present in higher concentrations in gin distilled by the vapour infusion method. The researchers concluded that this method of analysis, using GC-MS, can be applied in further research in distillate comparisons across various types of gin.

See the current range of Gas Chromatography Equipment in stock

We are the UK’s leading supplier of used scientific and laboratory equipment with over 30 years of experience serving a wide range of businesses.

We pride ourselves on our ability to tailor orders to meet your individual needs and offer great customer service at affordable prices.

Cookies
This website uses cookies to store and access device information. Consenting to these technologies will allow us to process data such as browsing behaviour which helps us to tailor our services and improve our business.
Manage options Manage services Manage vendors Read more about these purposes
View preferences
{title} {title} {title}

Cookies
To provide the best experiences, we use technologies like cookies to store and/or access device information. Consenting to these technologies will allow us to process data such as browsing behaviour or unique IDs on this site. Not consenting or withdrawing consent, may adversely affect certain features and functions.
Manage options Manage services Manage vendors Read more about these purposes
View preferences
{title} {title} {title}
View Cart Checkout Continue Shopping